You are here: Home >> DIY Projects >> Three Things That Could Cut Your Electric Bill In Half 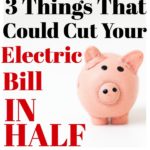 Ahhh, the joy of renovating a house. Picking out new paint colors, flooring, new bathroom vanities and maybe even some kitchen cabinets.

You put your heart, soul and waaaayyy too much thought into finding that perfect shade of gray, deciding what kind of pattern to lay the tile in and you may even spend an entire month deciding what light fixtures to go with.

And when it’s finally done, you sit back, prop your feet up, and open a cold (cheap) beer while you leisurely go through your mail.

You spit the beer out when you see the $300 electric bill that has your name and new address on it.

Ok, I wasn’t all feet up, relaxing, but I was sitting at my desk.

I was in no way prepared for that first electric bill we got when we finally moved into The 70’s Landing Pad. Before moving in, the heat and/or air was only running when we were there working on something. Otherwise it was off. And sometimes, it wasn’t even on while we were there because we didn’t need it.

So when we did finally move in after all the remodeling and I got that first $300 electric bill, followed by another and another, we realized that something might be up.

Where we live, there is an eScore program you can sign up for and have an energy professional come out and do an energy audit on your house. They will tell you what you need to fix to stop losing energy and in what order you should do it. It’s all free and sometimes you are even eligible for rebates after fixing many of the things.

These are the three biggest things you should address first if you’ve got a crazy high electric bill. 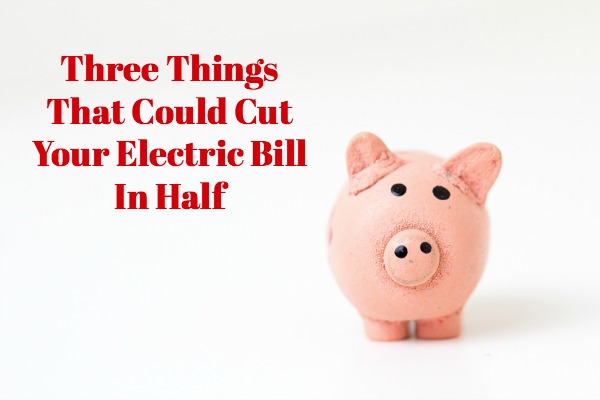 Three Things That Could Cut Your Electric Bill In Half

I never realized just how damn awesome insulation was until last year. Have your attic, crawlspace, and garage inspected to make sure enough insulation is there. Our garage was fine and we don’t have a crawlspace, but our attic had almost zero insulation. There wasn’t enough to keep any heat or cool air in the house at all. Having a high R value of insulation (around here, they recommend an R38 value) is the biggest thing you can do to help stop losing energy out of your house and reduce your electric bills. We also had air sealing done in the attic, which sealed up all the joints between the drywall below and any other holes where air could escape. The energy expert who inspected our house made it clear that getting more insulation in the attic should be our first priority. We followed his advice, did just that and yes, it made a world of difference. If you’ve already got plenty of insulation, look at the weatherstripping around your doors. Hold your hand up to the sides of the door and if you feel any air coming in, you probably need to replace the weatherstripping there or add some.

We have a lovely mix of windows at the 70’s Landing Pad. In the front of the house, we have wood, single pane windows (some of which don’t even open) and in the back of the house, we have aluminum, single pane windows. When one of the previous owners decided to change the windows, I guess they just didn’t want to spend all the money to switch out all of them when no one ever saw the back of the house. Thanks, really appreciate that, guys! Not. After insulation, the next thing on the list to switch out were windows – new, energy efficient ones. We haven’t been able to do this just yet due to problems with the money tree out back that isn’t bearing fruit. We are really hoping that by the late spring or early summer though, we will have all 20 windows that the house sports switched out.

We have done a few things to decrease the loss of energy through our current windows though:

Blinds can be really helpful at stopping cool or warm air from the outside coming and keeping the air inside from going out. Case in point would be our bedroom and my office. Both of those spaces were like sweatboxes by about 2pm due to the sun beating down through the windows. We bought cheap $10 blinds and those were a game changer.

In the Circus’ room, we bought her blinds and room darkening curtains. The curtains are heavier in weight so they also helped to keep the hot and cold air out.

And then there are the central heat and air units. The energy inspector said that our units did need replacing, which we knew, but he also said if it was him, he wouldn’t replace them right away unless they just died. He said to replace the windows first because the units could end up lasting for another five years. So, we are saying lots of prayers that the units won’t die anytime soon and also trying to prolong their life. In fact, I have some tips here about things you can do to prolong the life of your central heat and air units. 🙂  Of course, getting a programmable thermostat to regulate your heat and air is always a good idea to cut down on energy bills as well.

And just to reiterate, of all these things, insulation is key.

I am a believer in the power of insulation and I don’t care how corny it makes me sound.

What have you done to reduce your electric bills in the past? 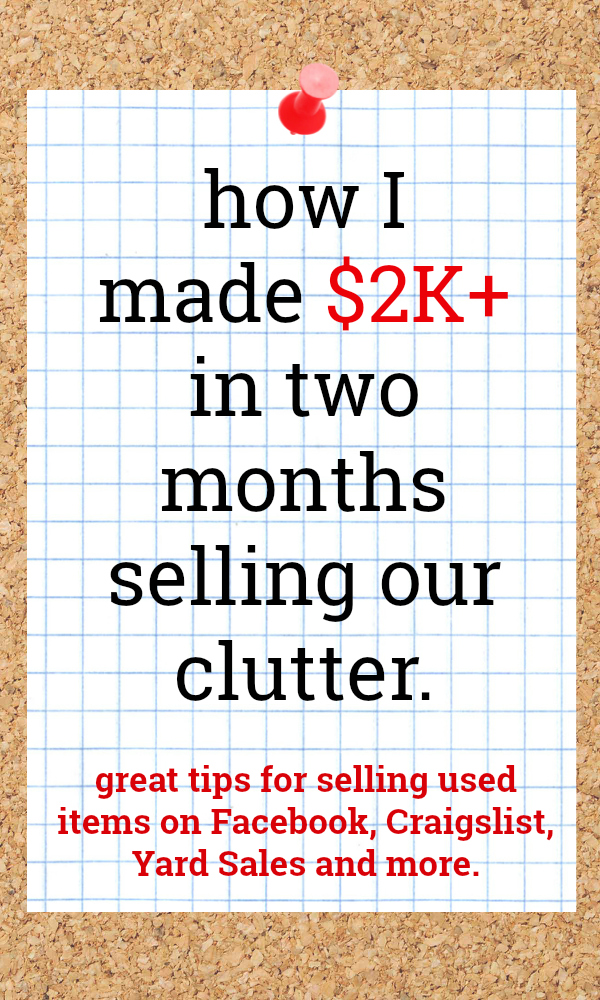 How I Made $2K+ in Two Months Selling Our Clutter

Eight Ways to Extend the Life of Your HVAC Unit

*Affiliate links may be contained in this post. That just means if you click on one of those links and buy something, I may receive a small commission, but you won’t pay a dime more.