You are here: Home >> Stories >> I like to think that comes from him.

There is a metal-clad shed with a large utility light at the very top peak of it that shines over the doorway in a small lot enclosed by a weathered wood fence. If you remove the piece of wood that holds the doors closed, you should be ready for them to swing out at you.

I have stood on that fence surrounding this shed and lot many times. I have also been on the hurtin’ end of a few splinters from that fence.

Once, on the other side of the fence, there was a brown horse named, I shit you not, Charlie. My pap bought him for me and my brother, but he bucked us off once and that horse didn’t get to stay around too much longer after that.

In that metal clad building, are rusted shells of saws and machinery that forever suntanned, leathery hands with permanent dirt laden fingernails once used on a regular basis to turn slabs of wood into wonderful things.

He built a cradle when I was born, he messed up on the ends a time or two though because I found the first tries in that shed long after he passed.

He made lamps, lots of lamps. And I’m sure he made other things too, but I am not old enough to remember it all.

By the time I was old enough to want to learn, he had retired those woodworking hands though. Farming was all he had left in him. I asked him to show me how it all worked, but perhaps like the tractor I so desperately wanted to learn how to drive, he was too scared I would hurt myself.

As I’ve grown up and learned how to use a miter saw and the great importance of a pilot hole, I like to think that even though he didn’t teach me how to use all those tools, those talents somehow passed from him to me, perhaps during an episode of The Price is Right one summer. Of course, this transfer phenomenon did cause the talent to become somewhat diluted.

Of course, this could also just be me trying once more to keep another part of him alive.

I will take it either way. Beggars can’t be choosers.

I can create striking accent walls with paint and tape. I can easily mix vintage with modern and a dose of glam. But what I love to do is feel raw wood against my hands and build something with it.

It’s usually simple things of course, because I did mention that the talent was somewhat diluted when it was passed on to me. But moving a saw through wood, drilling a hole, and making something from a simple piece of wood makes me feel just a little closer to him.

Sometimes I’m pretty damn sure that when I look up through those sawdust covered safety glasses one time, he’s gonna be there. 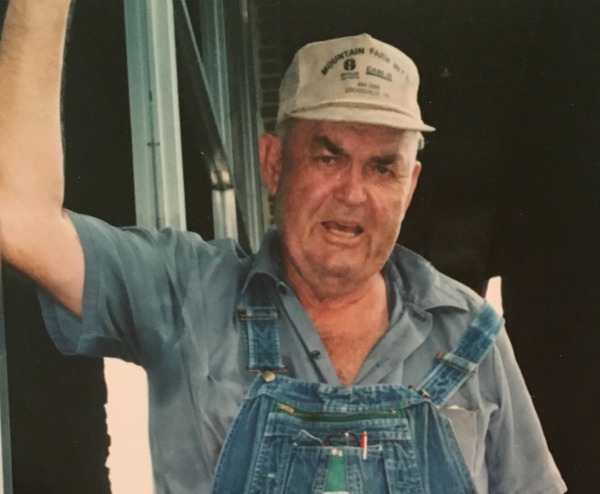 But that’s the stuff Hollywood movies are made of, isn’t it?

Even if that never happens, I’d still like to think he’s awful proud of me. Even if all I did was build some simple bathroom shelves above the throne in our master bathroom. 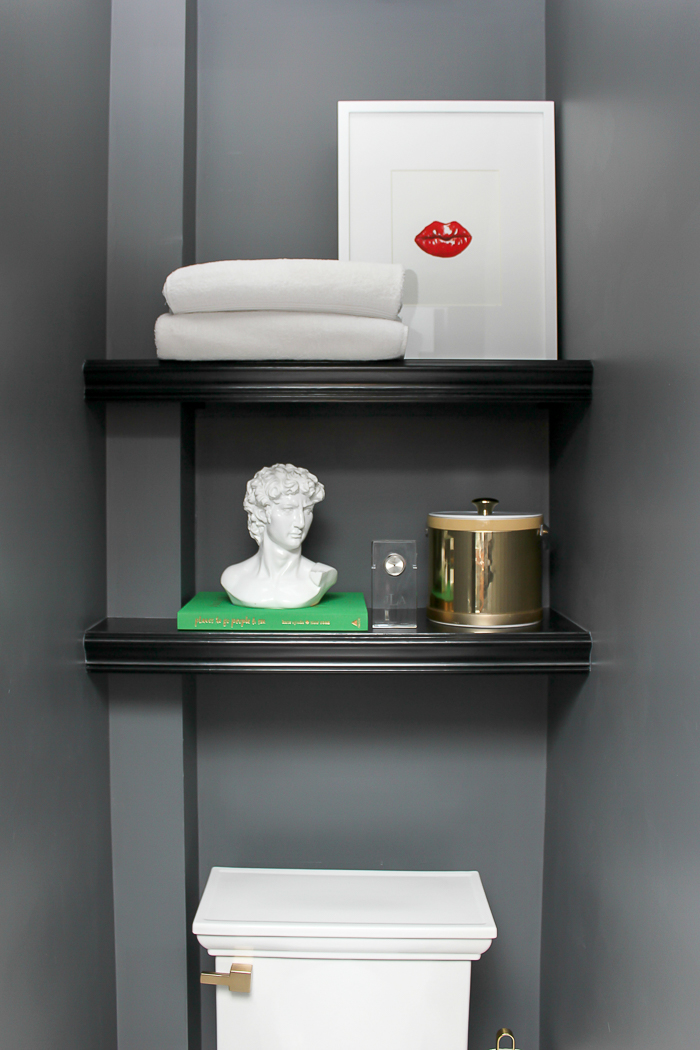 They are quite the simple build and yes, the third time I’ve built shelves similar to these. 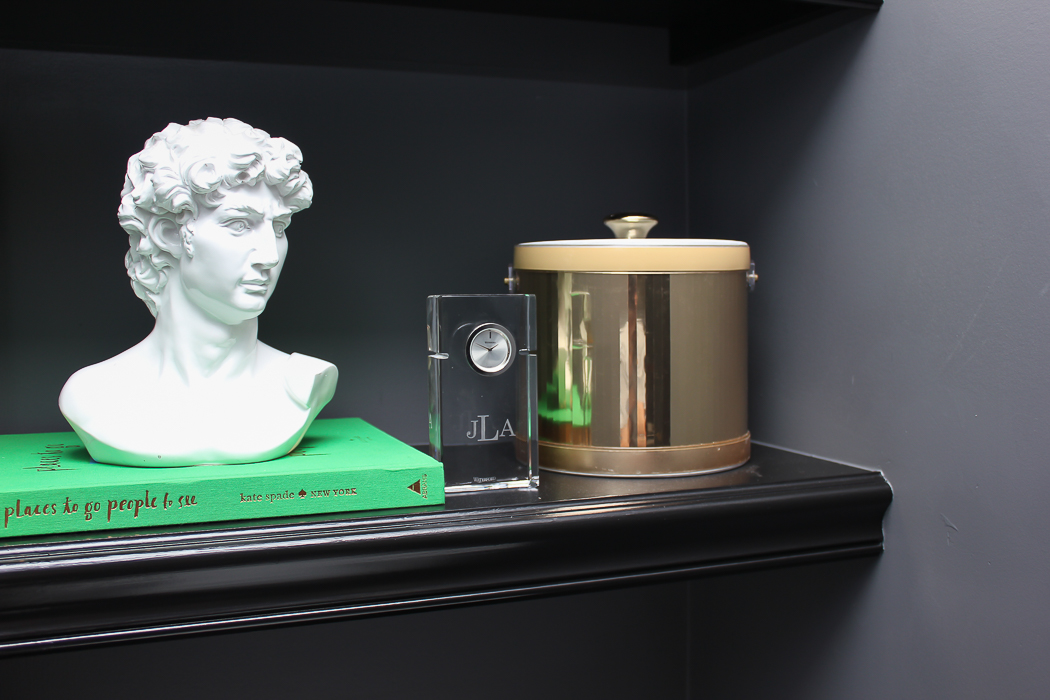 He might not care for the David bust much or the black paint on the shelves, but I think he’d be pleased with how well they turned out.

You can read more stories here and specifically another one about a big-bellied farmer here.